Why should my brake fluid be changed?

This is because brake fluid is a hygroscopic fluid - meaning that it absorbs water over time reducing its effectiveness.

If the fluid is not changed before the water content reaches the 3% mark, the water brings down the normal boiling point of the brake fluid and air bubbles are created as a result. Once this happens, the brakes become ineffective and dangerous.

If that wasn't bad enough, a motorist probably won't even be aware that this has taken place because the braking system will appear completely normal until the brake fluid reaches the reduced boiling point - which usually occurs after braking heavily.

Symptoms can be:- the brakes take on a sponge-like feeling and don't work - so the car fails to stop. If the driver happens to be on a hill or driving along a motorway when this happens, the consequences don't even bear thinking about. 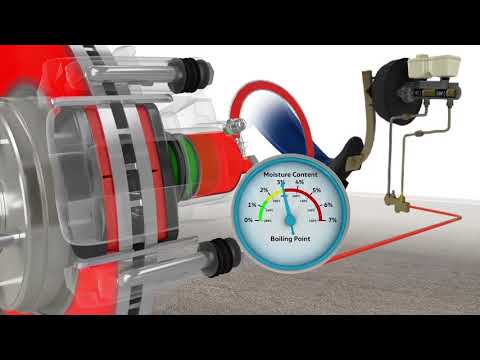 At SMC SEAT we are committed to delivering a quality service at competitive prices, so you can rest assured that our car will benefit from all the care and expertise that only a SEAT dealer can deliver.

* Prices are maximum retail prices and are available to retail customers only at participating SEAT Dealers. Fixed price servicing and maintenance applies to SEAT cars over 3 to 15 years old. SEAT fixed price service plans for SEAT cars new to 8 years old on a time and distance servicing regime only. All prices (where applicable) inclusive of parts, oil, labour and VAT and come with two year parts warranty (excludes wear and tear items), cambelt kit comes with a five year warranty. This offer is valid until 31 December 2020 and, unless stated otherwise, cannot be used in conjunction with any other offer.