The differences between the electric and internal combustion-engined
versions have been accentuated. New Kangoo Van Z.E. comes with a
blue-tinted logo, for instance, and blue rear light trim extensions, as
well as new black headlight masks.

Another specific feature is the Z.E. Voice function which emits a sound to warn pedestrians of the vehicle’s approach. This system is activated at speeds of between 1 and 19mph (no sound at a standstill). Meanwhile, in order to benefit from off-peak electricity rates, owners can programme the charging of New Kangoo Van Z.E.’s battery remotely using their computer or smartphone thanks to the ‘My Z.E. inter@ctive’ pack.

Unanimously acclaimed by the media, New Kangoo Van Z.E. has secured a long list of awards – including “International Van of the Year 2011”. It has also been endorsed by its early customers who have been swift to praise its driveability and battery charging capacity. The model stands out as Europe’s best-selling electric LCV with almost 7,000 vehicles sold to date, including 4,000 in France 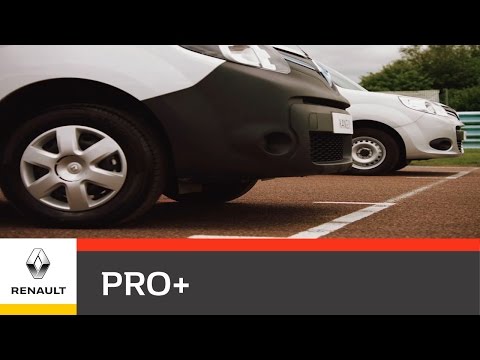 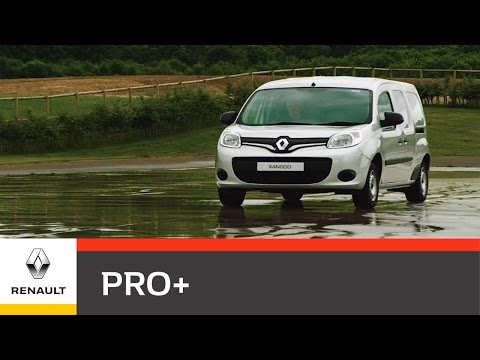 New Kangoo Van benefits from a connected multimedia system thanks to the introduction of R-Link (optional, or standard equipment for ‘Sport’ versions). This system incorporates the in-dash TomTom® LIVE navigation previously available for Phase 1 Kangoo, plus numerous new functions, such as advance warning of hazardous zones and the ability to download applications like the reading out of e-mails. The range of radios has evolved, too, with a choice of three solutions. All radios come with USB and Bluetooth connectivity, while the next le vel up is equipped with a CD player. The premium radio integrates with the Renault R-Link system.

Also available is new-generation ESC combined with Hill Start Assist, plus Grip for improved traction in difficult conditions. It goes without saying that New Kangoo Van continues to be available with the many innovations that have forged its reputation, including the sliding rear roof flap.

Although every effort has been made to ensure that the information contained on this page is as accurate and up to date as possible, Renault U.K. and SMC Motor Group reserves the right to modify its models without notice, including their characteristics, specifications,equipment and accessories. Brochures inevitably become out of date or inaccurate in some respects, in that such characteristics,specifications equipment, or accessories may be changed after the publication date given below and can differ from the descriptions given or the photos displayed. It is therefore necessary to check with your Renault Dealer before purchasing any product that the characteristics, specifications, equipment or accessories of the vehicle on order are as advertised.

Enter your registration and mileage to get a free valuation. Release the value of your vehicle.
Back to Top
Back
Vehicle Valuation
Compare Saved Vehicles
Top
Close